My research focuses on the interchange between (macro-) ecology and evolution, to understand the global distribution of plant taxonomic and functional diversity. Understanding these patterns and the processes causing them is important for conservation and predicting what may happen to ecosystems in the future. I test the (historical) influence of functional (ecological) traits, climate, vegetation types and biotic interactions on diversification rates, and how this varies among regions and biomes.  To do so, I integrate phylogenies and fossils and use phylogenetic comparative methods as well as spatial phylogenetics. 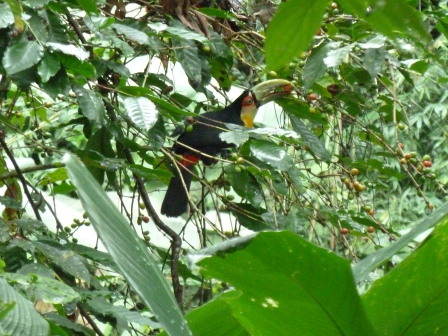 Frugivory (i.e. fruit-eating and seed dispersal by animals) is ubiquitous in tropical ecosystems, but the role that frugivores have played in the macroevolution of species-rich tropical plant families remains largely unexplored. Questions we address are: How are plant traits relevant to frugivory (e.g. fruit size, fruit color, fruit shape, understory/canopy growth form, etc.) distributed within the angiosperm families of custard apples (Annonaceae) and palms (Arecaceae)? Do these traits influence diversification rates? How does the evolution and spatial occurrence of these traits coincide with the global biogeographic distribution of vertebrate frugivores (birds, bats, primates, other frugivorous mammals) and their ecological traits (e.g. diet specialization, body size, flight ability, etc.)? What is the effect of extinct megafauna on the diversification, evolution and connectivity of species?

Annonaceae and palms are particularly suitable because they are well studied, species-rich (both families comprise ca. 2400 species), characteristic in all tropical rain forests, and dispersed by most groups of vertebrate seed dispersers. Using a phylogenetic framework and functional trait and species distribution data we will test (i) how fruit trait variability relates to phylogeny and other aspects of plant morphology (e.g. leaf size, plant height, growth form, floral traits) and animal dispersers and their traits, (ii) which fruit traits have allowed for historical long-distance dispersal, (iii) to what extent interaction-relevant plant traits are related to diversification rates, (iv) whether geographic variability in fruit traits correlates with the biogeographic distribution of animal dispersers and their traits, and (v) whether the extinction of (giant) frugivorous lemurs has disrupted dispersal and connectivity of ‘megafaunal’-fruited plants on Madagascar.

I started this work during my postdoc in the Sauquet lab at the Université Paris-Sud (funded by the Early Postdoc.Mobility fellowship of the Swiss National Science Foundation, Aug 2015-May 2016).  This project was in collaboration with Daniel Kissling, Hélène Morlon, Thomas Couvreur, Lars Chatrou and Hervé Sauquet, to study “Frugivory, functional traits and the diversification of a tropical angiosperm family: Annonaceae (Magnoliales)”. For a 1 minute summary of the project- watch this video. I continued this work in the Biogeography and Macroecology (BIOMAC) group at the Institute for Biodiversity and Ecosystem Dynamics (IBED) at the University of Amsterdam (June 2016-May 2018), together with Daniel Kissling, Bill Baker, Jens-Christian Svenning,  Thomas Couvreur, among others. I have continued this research line at the German Centre for Integrative Biodiversity Research (iDiv) where I am leading the ‘Evolution and Adaptation‘ research group.

The evolution of diversity and functional traits in mediterranean-type ecosystems 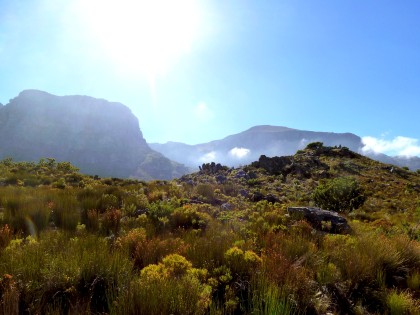 I am interested in understanding the causes of the extraordinary (taxonomic and functional) richness of angiosperms in mediterranean-type ecosystems (MTEs), i.e. the Cape, Western Australia, California, the Mediterranean Basin and Chile – all classified as biodiversity hotspots. I specifically study how vegetative functional traits (e.g. sclerophyllous leaves) have evolved, and which processes may underlie patterns of convergence or non-convergence between MTEs. Furthermore, I am interested in how these traits may have interacted with the abiotic environment (climatic niches) in which lineages have evolved, and how this interaction could have influenced speciation and extinction rates, and thus species-richness in these systems. My main focal clades are Proteaceae, Rhamnaceae, and the Cape Penaeaceae and Diosmeae.

Why are there so many species of flowering plants? 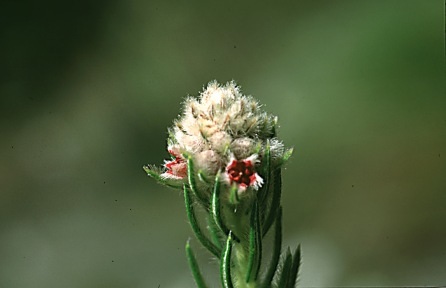 Darwin’s second ‘abominable mystery’ targets the question why flowering plants (angiosperms) are so species-rich and ecologically successful, in particular compared to other plant clades (e.g. pteridophytes and gymnosperms). Crepet and Niklas (2009) discussed the influence of mutually beneficial animal–plant relationships (e.g. dispersal and pollination), and the intrinsic ‘adaptability’ of angiosperms as possible explanations for angiosperm success. In this study I aim to test Crepet and Niklas’ hypothesis and ask whether angiosperm ‘trait flexibility’, i.e. the underlying (possibly genetic) ability to evolve intrinsic functional traits (e.g. fruits, flowers, leaves), repeatedly over time, space and taxonomic clades, may have allowed for evolutionary radiations and adaptation against the background of dynamic Cenozoic environmental change. If true, I would expect many more evolutionary transitions in functional traits during angiosperm evolution (e.g. from bird pollination to wind pollination) than in gymnosperms and pteridophytes.