In the beginning of February, I organised a kick-off meeting for Laura Mendez‘ PhD project on “Genomic signatures of palms on Madagascar” – 3 days of discussions at iDiv in Leipzig (Germany). The team includes palm, frugivory and Madagascar experts from Kew Botanical Gardens, Aarhus University, University of Amsterdam, Bochum Botanical Gardens and iDiv – all important collaborators on Laura’s PhD project. The discussions ranged from deciding which species she will sample on Madagascar next summer, to clarifying the specific hypotheses and learning about historical demographic modelling techniques using Rad-seq data. A couple of very valuable and ‘fruitful’ days.

Also see the press release from the University of Amsterdam.

Global change, such as climate changes, may have two outcomes with respect to biodiversity: species will adapt, or they will go extinct. In this article, we address this question from a historical perspective, focusing on the Quaternary (the last 2.6 Ma), a period characterised by rapid global changes. We show that in some parts of the world palm trees with very large fruits have adapted to global change, whereas in other parts they seem to have gone extinct.  The results were published in the journal Proceedings of the Royal Society B.

Global change – such as climate change, habitat fragmentations or the extinction of large-bodied animals , such as giant sloths, may force species to adapt or go extinct. In particular, plants with very large fruits that rely on large-bodied animals for the dispersal of their seeds may face a problem: can they adapt quick enough, or will global change drive them ultimately to extinction?

During the last 2.6 million years,  Latin American palms with the largest fruits seem to have gone extinct with increasing rates, whereas large-fruited palms in South-East Asian regions seem to be adapting by producing smaller fruits. Small enough to be eaten and dispersed by birds and bats. These were the results of Onstein and her team which consisted of researchers from the Netherlands, UK, France, Sweden and Denmark. They collected data for more than 2000 palm species across the globe.

The absence of certain fruit-eaters, such as large hornbills, elephants or giant tortoises, may require plants with large, ‘megafaunal’ fruits to evolve ‘new’ fruits. This is similar to the selection by humans for fruits (such as papayas or mangos) to become bigger and bigger. However, instead of becoming bigger, these fruits naturally have to become smaller, to adapt to the small-bodied animals that are still there to disperse their seeds. A lack of dispersal may, alternatively, lead to their extinction.

‘Although it is difficult to see the long-term results of current global change, global change has been happening in the deep past as well, especially during the last 2,6 million years,’ says Onstein. ‘We therefore use the past as our experimental set-up to understand how current and future global change may affect these palms with very large fruits.’

Onstein thinks that the dramatic changes in climate, habitat fragmentation and megafauna extinctions that have happened in Latin America over the last 2.6 million years may have been the cause of the increasing extinction of palms. In South-East Asian regions, on the other hand, palm dispersal by flying animals such as birds and bats may have been important to escape the dramatic effects of global change. Palms seem to have had enough time to adapt to these flying animals by evolving smaller fruits.

The future of palms

How does the future of these palms with big fruits look like? There are still at least 220 palm species worldwide that bear these massive fruits larger than 4 cm in length. ‘Large-fruited plants have it increasingly difficult to survive in our human dominated world’, says Daniel Kissling, associate professor and senior author of the study. ‘The loss of large animals in tropical rainforests, e.g. due to hunting, illegal trade, and habitat loss, has a massive effect on tropical biodiversity. It leads to a reduced seed dispersal and less regeneration of these tall and massive plants. This has even the potential to significantly erode the carbon storage of tropical rainforest because large-fruited trees also store most carbon.’

The increasing human pressure and hunting of the still existing megafauna will certainly have cascading effects on the plants they feed on. Whether all palms will be able to adapt to the loss of large-bodied animal dispersers has to be seen. 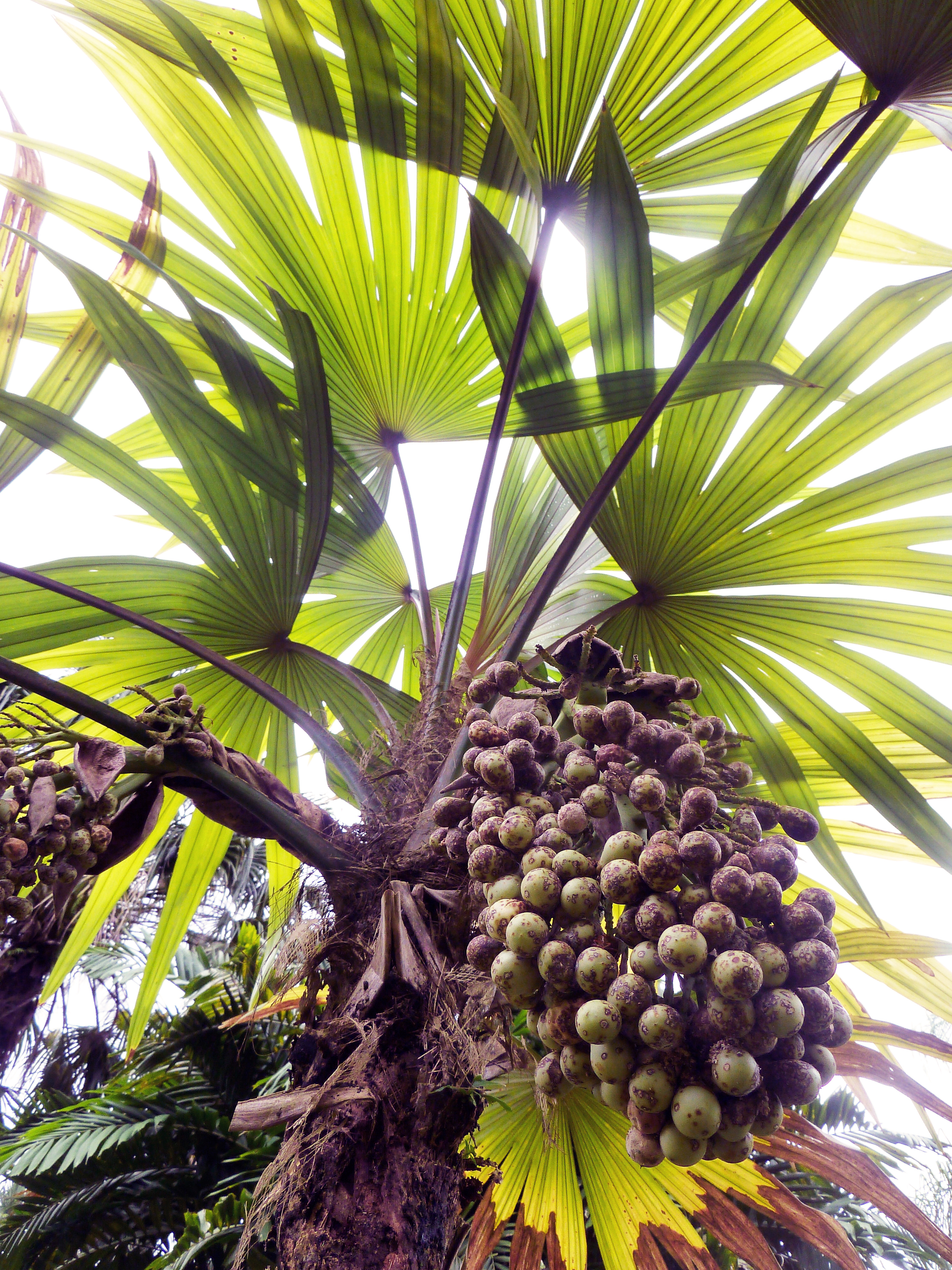 Last week I attended the 8th Biennial conference of the International Biogeography Society in Tucson, Arizona (U.S.A.). The conference included symposia on modelling large scale ecological and evolutionary dynamics, experimental macroecology and building up biogeography from process to pattern. I presented the first results of my work on what may happen to megafaunal-fruited palm lineages under rapid global environmental change. These species with anachronistic fruits (> 4 cm in length) suffer from dispersal limitation because of recent extinctions of their large-bodied (megafauna) fruit and seed dispersers, such as gomphotheres, ground sloths and glyptodonts. However, we do not know how these palms have survived and evolved in the past – and whether they have suffered from extinction previously, during Quaternary climate change for example. In this talk I showed how over the last 2.6 million years (the Quaternary) these megafaunal-fruited palm lineages have experienced increasing extinction rates, but only in the Americas, and how they have evolved smaller fruits in Southeast Asia and Australasia. These smaller fruits may be adaptations to bird-dispersal in these dynamic island systems.